The number of somatic cells in milk is an indicator of its quality: a low cell count indicates healthier animals. As the cell count increases, milk yield decreases, which is a risk, both for the animals’ health and milk yield.

A recent study at the Weihenstephan-Triesdorf University of Applied Sciences, presented by Dr. Eckel at the 2019 BAT conference in Grub, confirms the effectiveness of Anta®Phyt, the phytogenic powerhouse: significantly reduced cell counts, better milk yield and higher milk fat content.

Effect of a phytogenic feed additive on feed intake, milk yield and parameters of milk production in dairy cows

Phytogenic additives have already shown the ability to support health and performance in animals. Specifically in ruminants, the positive effects on the rumen microbiome, ammonia reduction, feed intake and feed efficiency are well documented. However, the effects on the udder health and the associated somatic cell count are also significant. The aim of this study was to investigate the effects of a phytogenic additive on the feed intake, milk yield and milk quality of Fleckvieh cows.

The feeding test was carried out on a total of 65 Simmental cows at the experimental barn of the agriculture educational facilities in Triesdorf. Twenty-three were first lactation cows. Average number of lactations was 2.5.

The animals were fed with approximately 2.2 kg of concentrated feed together with a partial TMR designed for a daily milk yield of 28 kg. In addition to the concentrated feed, the experimental group was administered daily with 10 g of Anta®Phyt MO, the phytogenic additive by Dr. Eckel Animal Nutrition GmbH & Co. KG, in a mixture of 50% barley and 50% maize grain through the microfeeder. The study followed a crossover design, with the group exchange occurring after 61 days. 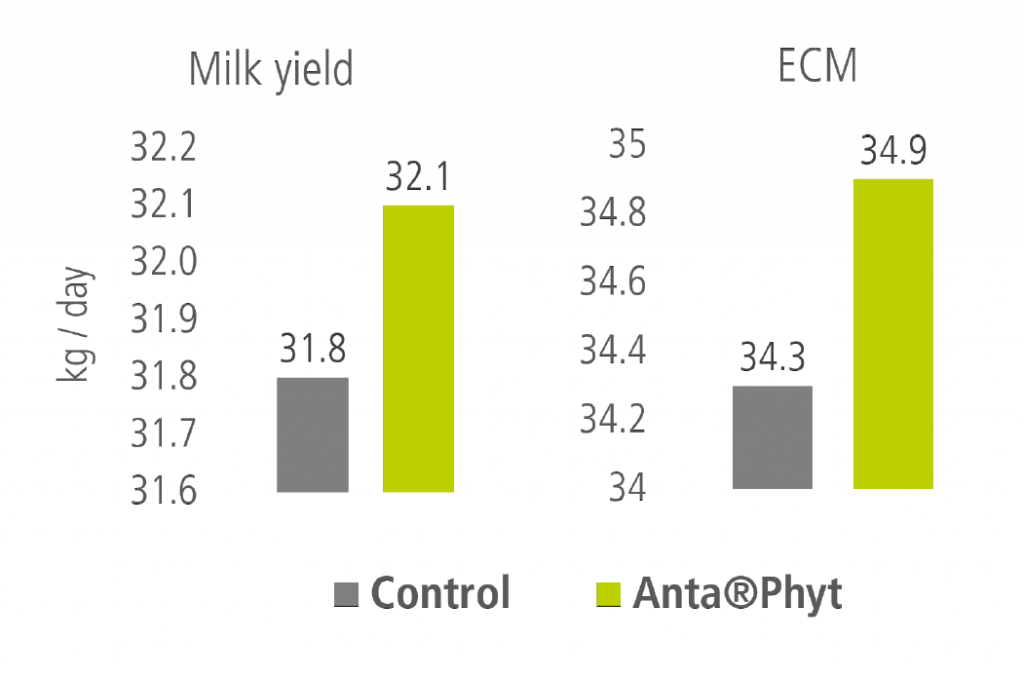 Noteworthy, a clear difference in somatic cell count was observed among the heifers, with the control group being almost twice as high as the experimental group (126 ± 31 vs 57 ± 30; Fig. 2). 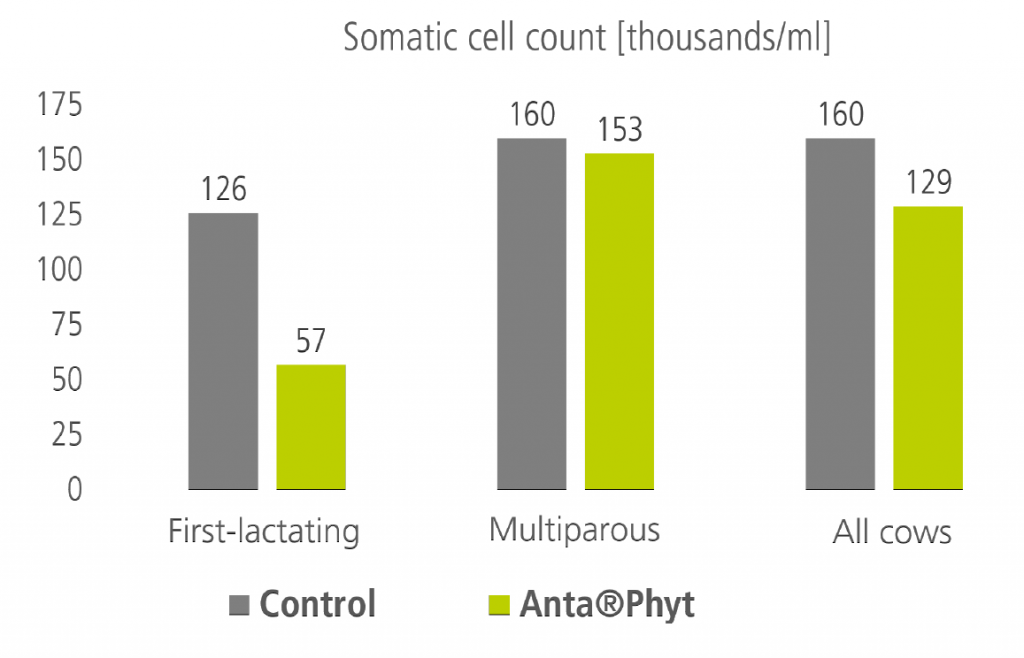 The investigated additive resulted in reduced cell count, especially in first-lactation cows. The improved milk yield and increased milk fat content at similar feed intake indicated a higher energy supply in the experimental group. Thus, the test results show that the tested phytogenic additive had a positive effect on the performance and health of dairy cows.