Zootechnical parameters like weight gain, feed efficiency and final weight are highly significant for economic success in broiler production. Animal health and welfare play a crucial role in meeting the requirements for optimal performance. One indicator for good management practices that promote the animals’ well-being is healthy feet.

Footpad dermatitis is a multifactorial problem that needs to be addressed with a number of management tools. Measures that aim to reduce wet litter are particularly effective, such as avoiding overcrowding, using clean and dry high-quality bedding, ensuring adequate heating and ventilation, optimising drinking equipment, water management and water quality and, of course, providing an optimal supply of feed and nutrients.

Poor gut health and bacterial infections both have a significant impact on faeces consistency. Pathogens may cause diarrhoea and wet litter, increasing the risk of footpad dermatitis. Previous studies have shown that adding the powerful plant-based formulation Anta®Phyt to the feed has a beneficial effect on the intestinal flora, for example, by promoting bifidobacteria and consequently improving gut health.

In a feeding trial with broilers, the effect of Anta®Phyt on the caecal microbiota of broiler chicks was evaluated at three points during the production cycle. The result: Anta®Phyt decreased the relative abundance of E. coli in the caecum (figure 1). 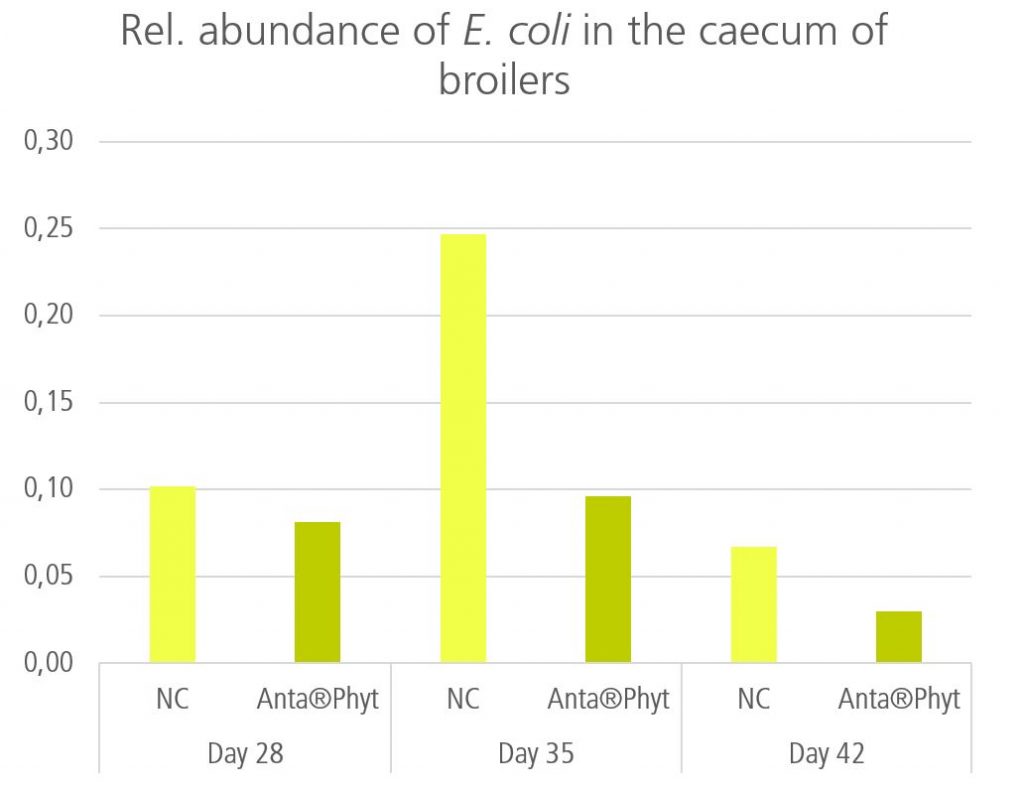 In the same trial, Anta®Phyt also positively affected the condition of the footpad, which was assessed using a recognised scoring system (figure 2). The proportion of healthy feet in the Anta®Phyt group was higher than that in the negative control (NC), while the proportion of footpads with mild and severe lesions was reduced. Compared to the NC, Anta®Phyt substantially reduced the occurrence of severe lesions (-25%). 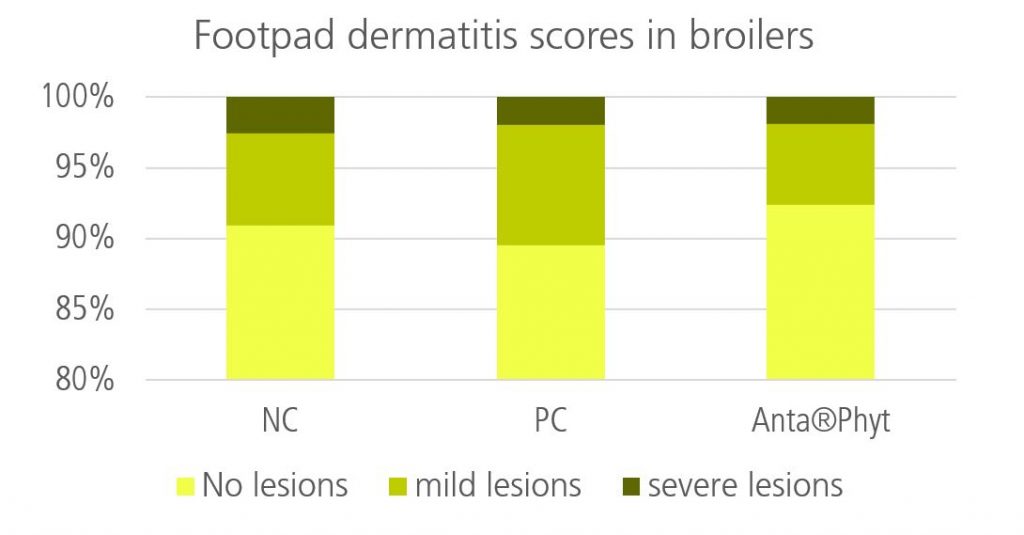 Figure 2: Anta®Phyt improves the scores for footpad dermatitis in broilers

These benefits are largely due to the positive impact of Anta®Phyt on gut health, and the shift from potentially pathogenic bacteria to positive lactoflora.

Consequently, Anta®Phyt gives you the leverage you need to combat footpad dermatitis and positively affect your animals’ welfare and your profit.