Butyric acid is a widespread and well-known feed additive. Sound, effective and unspectacular – and precisely because of this sometimes highly underestimated. After all, butyric acid is indispensable not only for a healthy but also for an efficient and sustainable animal production. One way to achieve that goal was only recently presented during the 59th BAT conference in Freising, Germany. This year’s event focused on the topic „Feed and feeding in regard to climate relevance and avoidance of food competition “.

Every gram of feed that does not have to be eaten saves resources. However, only a healthy gut is able to optimally utilise all available nutrients. This is where butyric acid comes into play. During the digestive process butyric acid is produced naturally by microbial fermentation in the hindgut. Optimal for normal gut function and health, however, is a high concentration of butyric acid over the whole intestinal tract. Which is exactly what PreAcid 75G is all about.

The unique combination of prebiotic gluconic acid and matrix protected butyrate PreAcid 75G has a twofold effect on intestinal health: the singular GlucoFence complex provides butyric acid with a sustained release in stomach and small intestine and, at the same time, stimulates the endogenous butyrate production in the hind gut, exactly where it is needed.

The trial presented at the BAT conference examined the effect of PreAcid 75G on performance and gut health of broilers subjected to an enteric challenge.

300 Cobb-Broiler were randomly assigned to three groups. The animals were fed with a diet based on maize and soya. The treatment groups received 250 and 500 g PreAcid 75G per ton of feed respectively. In order to test the effect of PreAcid 75G on gut health under infectious conditions, the animals were challenged with E. Coli and Salmonella enteritidis.

During the 42 days of trial, zootechnical performance parameters and gut morphology were analysed. In addition, the concentration of E. Coli lipopolysaccharides was measured in the blood serum.

Supplementation of PreAcid 75G increased the body weight of the broilers, improved feed conversion ratio and reduced the mortality. Consequently, the European Productivity Index (EPI) was significantly improved. Moreover, the application led to an improved intestinal structure in all the analysed gut segments as evidenced by significantly longer villi. In the jejunum, the villi height increased linearly with the inclusion level (Fig. 1). 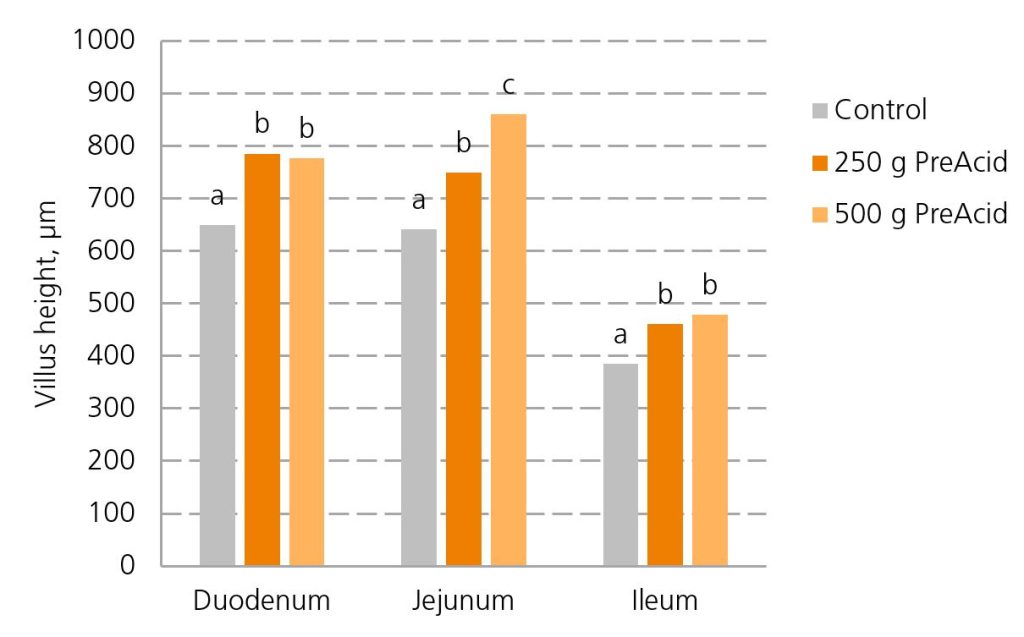 Fig. 1: Villus height in the small intestine (a, b: columns with distinct superscripts differ significantly, p< 0,05)

The concentration of E. Coli-Lipopolysaccharides in the blood serum could be lowered significantly with PreAcid 75G as well (Fig. 2). 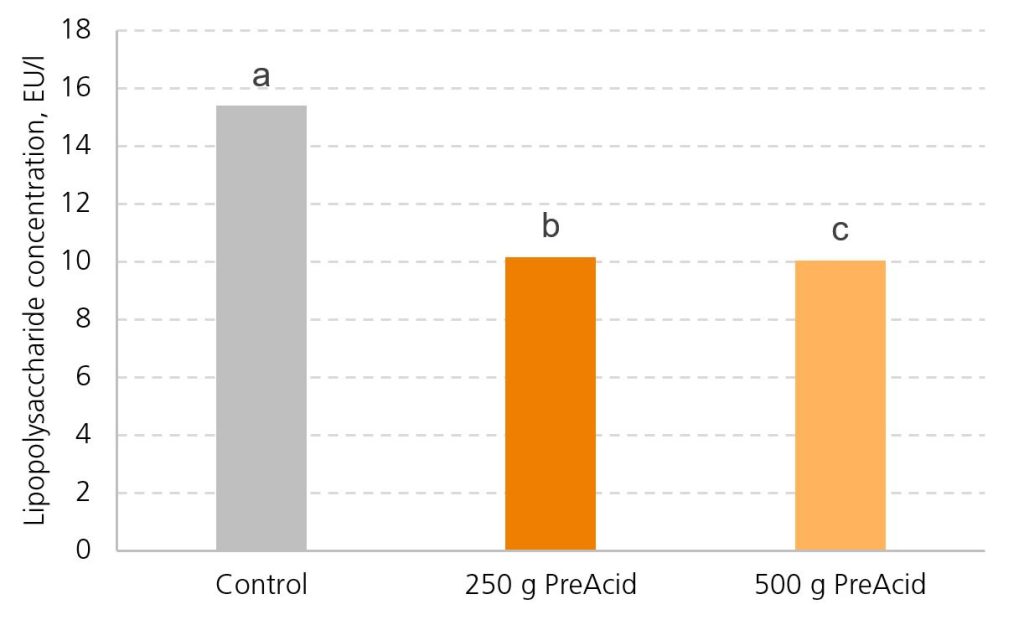 Fig. 2: Concentration of E. Coli-Lipopolysaccharides in the serum (a, b: columns with distinct superscripts differ significantly, p< 0,05)

The trial clearly shows what a difference PreAcid 75G can make for gut health and consequently for efficiency in nutrition. The secret of its efficacy lies in the powerful combination of prebiotic gluconate and matrix protected butyrate. This complex has a positive effect positive effect on the intestinal morphometry – demonstrated by increased villi growth – of broilers.

The result: fortification of the important gut barrier function which prevents the uptake of harmful substances into the body. In the healthy intestine, lipopolysaccharides are detoxified in the epithelial cells. The detection of LPS in the serum suggests that the microbial challenge had a negative effect on the intestinal barrier which could be mitigated by the supplementation of PreAcid 75G.

This effectiveness makes the innovative GlucoFence complex a real champion for gut health. In this way, PreAcid supports animals and farmers on their road to more animal health and responsible and efficient use of resources.

How can you apply the unique GlucoFence complex optimally for yourself and your clients? We are happy to advise you.